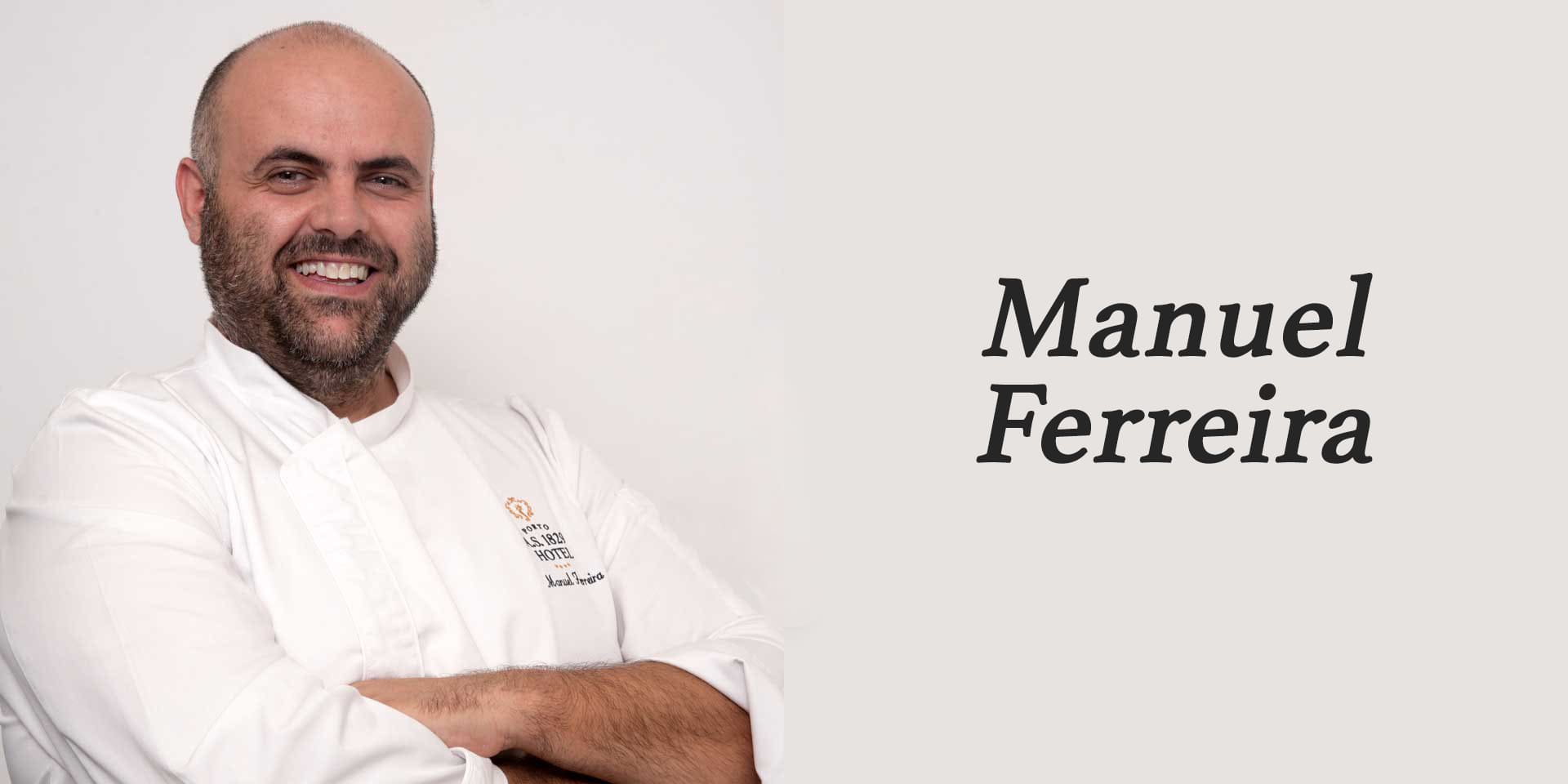 A CHEF THAT LOVES COMFORT FOOD

The Executive Chef , Manuel Ferreira, was born in French lands and it was in the city of the Jesuits, in Santo Tirso, that his taste for cuisine started, at 28 years old. The first space where he had the opportunity to put his gastronomic experiences into practice was in his parents' restaurant.

The training course started at the Professional School of Mazagão, in Braga, under the tutelage of Chef Martins, one of the first trainers of the School of Hospitality and Tourism of Porto.

He started his professional activity in one of the largest hotel groups - Continental Group - as a cook, but the need to learn new techniques and challenge led him, after two years, to move to new places.

It was at the Sheraton Porto Hotel & Spa that he developed his full potential and absorbed all the knowledge and passion from the greatest references among chefs: Jerónimo Ferreira, Celestino Grave, Ilídio Barbosa, Marlene Vieira and Pedro Sequeira.

Throughout these years, all techniques and new trends in gastronomy have been put into practice, such as traditional Portuguese cuisine, fusion cuisine, molecular cuisine, oriental cuisine. The mentoring of these excellent professionals was key to accepting another challenge, this time alone. He is currently in command of his own kitchen, in Galeria do Largo (a part of Porto A.S. 1829 Hotel) – a traditional street restaurant. Its cuisine favors comfort food, homemade food, with the best ingredients selected directly by the Chef and team, who shares with him the same energy and passion.

In 2016, he put his knowledge into practice in two more hotels: supporting the redesign of Lisboa Carmo Hotel and the opening of Lux Lisboa Park. Occasionally, in the hotels of Fátima (Lux Fátima Hotel and Lux Fátima Park) it was requested his cooperation and coordination in special events.

At the end of 2016, two new projects redirected his attention to new concepts: Mensagem Restaurant and Panoramic Bar (Lisboa Pessoa Hotel) a urban and fusion concept, with two rooftops over the city of Lisbon, Castelo de S. Jorge and Tagus river and Mercearia Eborim Restaurant (Évora Olive Hotel), where traditional Alentejo food is naturally privileged, where he is Executive Chef.

Since 2017 he has participated in several television shows, such as the “Pau para uma Colher”, from “Grandes Manhãs”, and more recently in the “Bom Garfo” from “Alô Ricardo” show, both in Porto Canal channel.

He loves to discover and rediscover his country, making regular visits to local producers. In your kitchen there is no shortage of seasonal products used in old, traditional, and regional Portuguese cuisine. If being a chef is an art? The Chef answers: his art is to be a Cook. .

“If cooking is an act of courage and love, gastronomy is the poetry of chefs”.